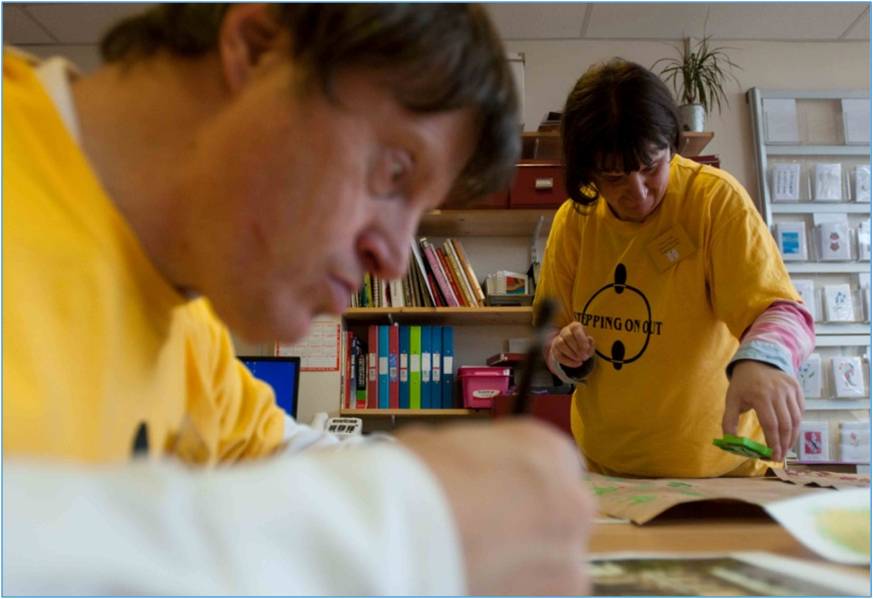 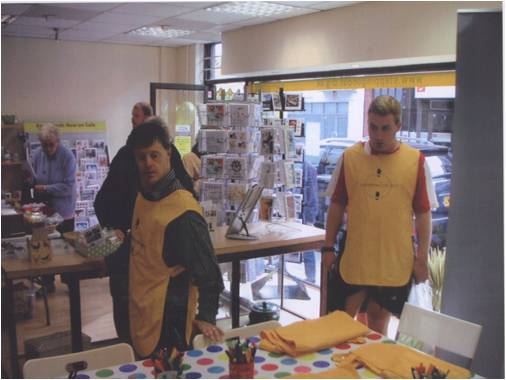 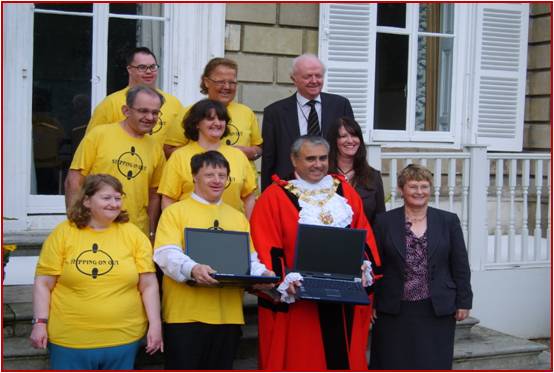 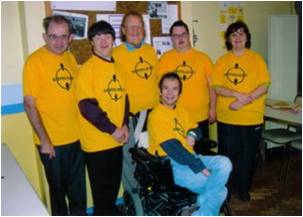 Stepping on Out is a not for profit organisation run by Adults with Learning Disabilities in Richmond upon Thames. They were one of the first groups to be set up with the help of Ruils during the early days of our pooling work and have gone from strength to strength, now running a successful retail and on line business producing and selling hand - made greetings cards and calendars. Their members tell you their story as follows..

‘Stepping on Out began life in September 2004 as an essential skills Business Studies course at Richmond Adult Community College. Originally we were called Stepping Up and we ran a small profit making business operating from within the college. However after discussions between us, RACC and Social Services, we decided that we would like to move out into the community and reform as a non-profit making social enterprise group. Because we were moving away from the college and into the community we changed our name to Stepping on Out and John Harrison (one of the members of our team) designed our logo which represents people with learning disabilities stepping out of the restrictive circle of day centres and colleges and out into the general community.

When we first moved out of RACC it was to the Avenue Day Centre in Teddington, where we were kindly provided with a rent free room. However this did not feel like a real office as we were unable to have our own computers and phone, so in May 2005 we moved to Teddington Baptist Church and rented a small office from them which we used for production and general office administration. From this time until April 2007 Social Services paid the rent for us, with the agreement that from then on we would have to rely on charitable funding to pay for this. Since then we have secured six months rent from Hampton Fuel Allotment Fund and are at present applying for charitable fund support for rent for the next five years. We have also applied for various grants to buy equipment to help us to run our business.

The aim of the business is for adults with learning disabilities to be able to gain independence in the community through business and work experience. In order to promote the ongoing development and independence of Stepping on Out, it was decided to incorporate as a registered company and charity. Three independent trustees were appointed in December 2004 and we became a company limited by guarantee on 28th April 2005. Charity Commission registration soon followed in June 2005.

In April 2006 with help from Ruils, we applied for Direct Payments and pooled these into a joint bank account in order to employ a project co-ordinator to help us to run our business. We were the first Social Enterprise Group to use our direct payments in this way and have become a model for other Social Enterprises which are planning to start up in our local area. We have a board of trustees who also help us with things like making the accounts and ideas for marketing but we have to agree everything.

Over the following year our business expanded greatly and in May 2007 we were chosen to be the Mayor of Richmond's Charity.

In January 2008 we moved from Teddington Baptist Church to larger premises in Hampton Road, Twickenham so we could provide gainful employment for even more people with learning disabilities to help us with production as well as simple administration tasks. These new premises were officially opened by the Mayor of Richmond on 30 January 2008.

In December 2012 we moved back to Teddington where we now occupy a bigger office and shop in The Causeway. We have 9 people in the group and we are supported by 2 part time co-ordinators. The core business continues to be the design, production and sale of greetings cards, calendars and other decorative products from our shop, at table top sales in the local community and now also on line.’

Alice Maslen, one of the project co-ordinators says ‘Stepping On Out has been a huge success and the group have expanded and developed their skills enormously, working collaboratively and learning new skills as we have grown.  Although we have a board of trustees as part of the registered charity and Linda and I provide help and assistance to run the business, we always make sure that the group are happy with the way we are going and are involved in all the decisions. Our only regret is that we can’t extend the benefits to a larger group. We hope that we can be a catalyst for other groups to follow our example and grow the idea that way and would be happy to talk to anyone who would like to know more’.

You can find out more about Stepping on Out (and order cards) at http://www.steppingonout.org.uk/soohome.htm

Back to pooling examples